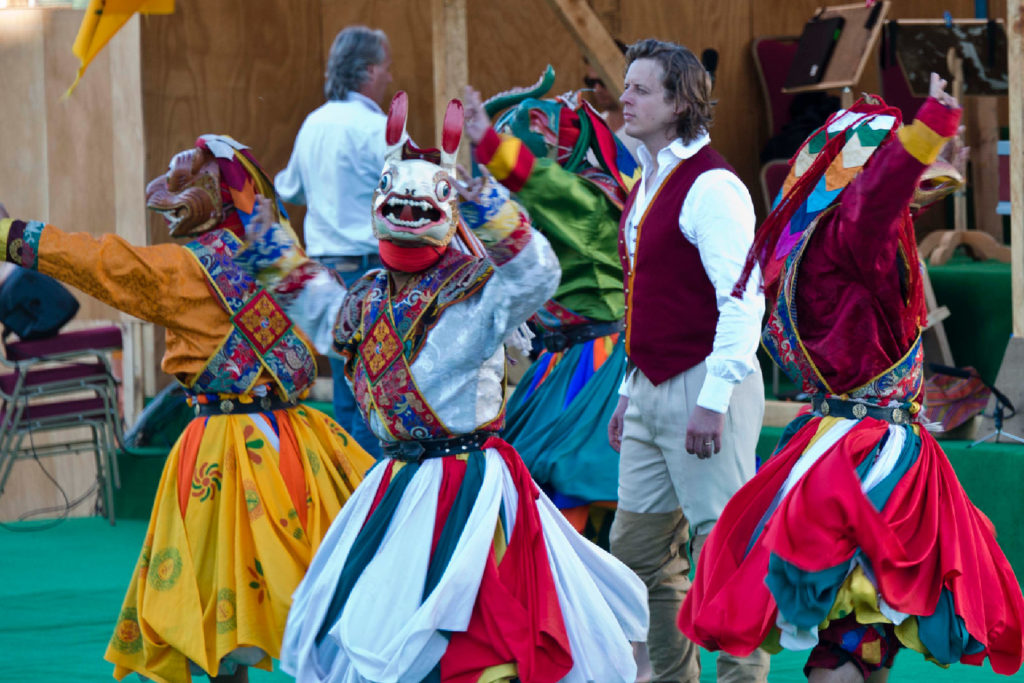 Handel in the Kingdom of the Dragon

The classical myth of Acis and Galatea in the version by Handel joins with the performing traditions of Bhutan. The profound spirituality of the mysterious country situated in the heart of the Himalayas considers its GNP in terms of ‘happiness’. It shares with the drama of Handel’s Acis and Galatea the same humanitarian values related to compassion, the mystery of death and the phenomena of reincarnation and transfiguration.

The production was first performed in Thimphu in October 2013 in the presence of H.M. the Queen Mother Ashi Sangay Choden Wangchuck, and was repeated in the USA in 2014 for an audience of almost 6000.