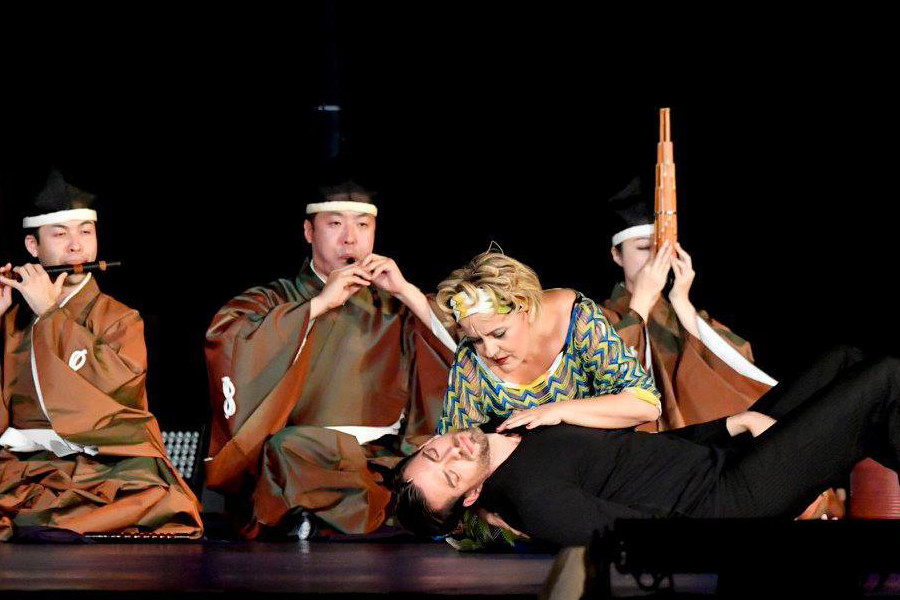 The tale of Izanami and Izanagi in the Japanese book of myths, the Kojiki, shows extraordinary parallels with the story of Orpheus: the loss of the protagonist’s wife and the subsequent quest in the Underworld to regain her on the condition to not look back. On the occasion of the 150th anniversary of bilateral ties between Italy and Japan in 2016, the choice of Monteverdi’s Orfeo was particularly symbolic: musicians and artists specialised in early Italian Baroque performance join with the ancient Hosho school of Noh Theatre and classical Japanese dance Nihon Buyo.

The premiere performance took place at the sacred shinto shrine Tsurugaoka Hachimangu in Kamakura on October 7th 2016. Her Majesty Empress Michiko attended the performance in Tokyo on October 12th. The production was made possible thanks to the Friendship Bridge Classical Music and Arts Society. 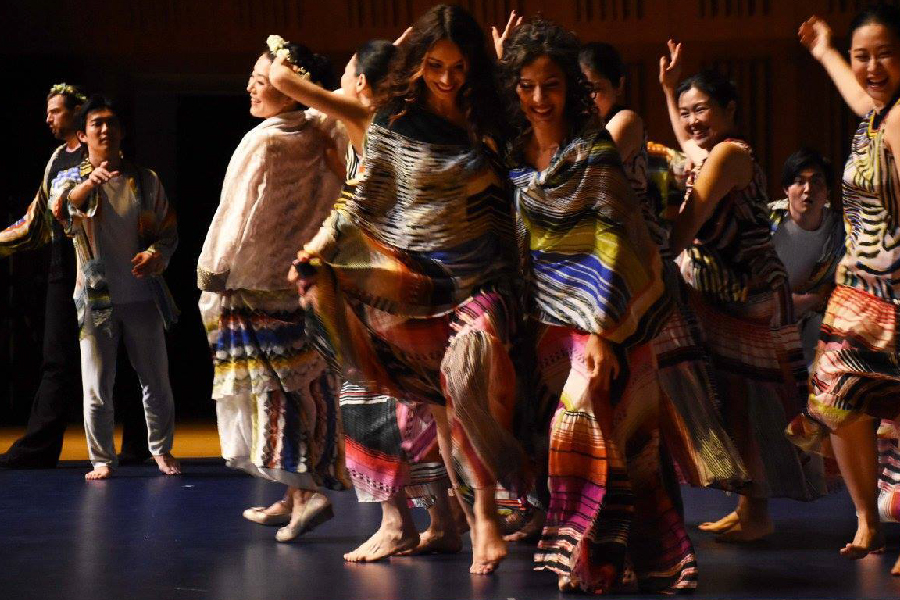